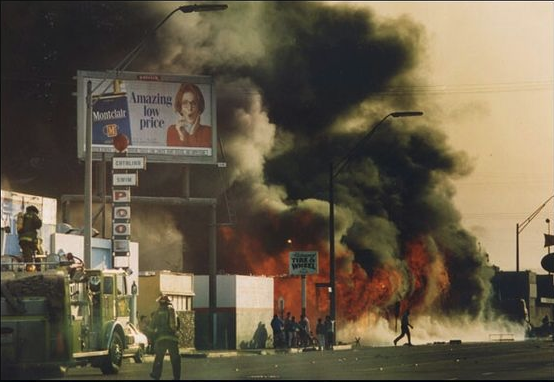 Why do liberals hate science so much?

It must be nice walking through life believing that the paradise the founders built here in North America is the natural state of man, and that we can therefore forgo the difficult and dangerous tasks associated with defending it. But some of us don’t have the luxury of illusions. We know that peace and civilization are not the natural state of man, and that the black swan events that we have somehow convinced ourselves could never happen do happen with startling regularity. And this is why you should buy guns and ammunition.

Specifically, you should own, at a minimum, a modern semiautomatic rifle like an AR-15 that is simple to operate, easily accessorized for the individual user, reliable, and rugged. Liberals call these “assault rifles,” though they are not. Insisting that liberals be accurate when describing what they seek to ban is “gunsplaining,” a heinous macroaggression that is right up there with assuming someone’s gender on the Big List O’ Liberal Sins.

If you don't agree with me, you clearly hate science. Why do liberals hate science so much?

But it is science – the math is clear that chaos is in the cards, and you better be ready. As BJ Campbell writes in his brilliant article The Surprisingly Solid Mathematical Case of the Tin Foil Hat Gun Prepper (Or, “Who Needs an AR-15 Anyway?”) – thank  you Kathy Shaidle for the pointer! – we already face a significant chance of significant upheaval in the near future even before we factor in the kind of attacks on the rule of law and on citizen sovereignty that we're currently seeing from the left and their Fredocon appeaser pals.

We are watching a real-time elite coup to undo the election. Our rights to free speech, freedom of religion and the right to keep and bear arms are under vicious attack by liberals and their cultural and corporate cronies. The elite is no longer even hiding its belief that Normals have no right to govern ourselves.

And the Normals feel it. They have the unsettling, nagging feeling that the fabric of society is fraying, that this is all starting to fall apart. And their anxiety manifests not just in whispered questions like “Do you think this is going to end in a civil war?” (Probably not, but the good news is that if the Democrats provoke another one the Normals will win again). It manifests in the culture. Look at the popularity of apocalyptic entertainments like The Walking Dead. Look at the number of TV shows about people prepping for disaster. Heck, look at the sales of my novels about America’s fate if liberals are allowed to rule unchallenged – and the terrible conflict that would lead to.

Being prepared, which means having the means to physically defend yourself and your rights (that means guns, folks), is the rational choice, the choice compelled by science. It is also your legal duty – and moral duty – as an American citizen.

Or you can be defenseless. Helpless. A subject instead of a citizen. But science makes clear that chaos is a real possibility. Are you going to be ready, or are you just going to deny science?

The lessons of experience support the science. I once got in a Twitter argument with Josh Marshall of Talking Points Memo about how you can't truly be a man if you don't have weapons to defend what yours. Before he blocked me, he scoffed at the notion that we should rely on ourselves for our own defense rather than rely on the government – this was before the Broward Coward disgrace – because our civilization could never collapse. Except it has.

I know. I was there.

I saw it with my own eyes about 26 years ago right here in the middle of a huge American city. I was in the midst of the Los Angeles riots, in South Central and elsewhere, as an Army first lieutenant, starting the first night. And now I don't have the luxury of comfortable limousine liberal fantasies about how you can outsource your duty to defend yourself, your family, your community, and your Constitution.

I saw the terrified, defenseless people at the mercy of thugs. The cops? Gone. But those Korean groceries on the rooftops with their rifles – they were not defenseless.

I was unarmed at first, and I won’t make that mistake again. I preparing for my first year of law school final exams when the trouble started. I was home in Pasadena when I saw the broadcast of the Reginald Denny atrocity – that's when a bunch of animals dragged a guy out of his truck and smashed his head in with a brick on television after the LAPD fled.

I was less than a year back from the Gulf War, and I had sold all my guns before leaving my home station in Germany to muster out. Only a couple months before I had decided to give the Army another go and joined the California Army National Guard’s 3rd Battalion, 160th Infantry, located in beautiful downtown Inglewood. If you don't know Los Angeles geography, let me put it this way. A lot of the buildings around the armory would be burned down by the end of the riots, except not the Astro Burger. Burgers build bridges.

So, I called the battalion HQ and asked if we would be getting mobilized and was told “No.” Being a soldier, I immediately started packing and then soon got the call: Get in here, LT.

Great. Drive from Pasadena into Inglewood in the middle of a riot with no gun. I took the advice of a frazzled cop with a pump-action 12 gauge at a road block off the 405 who was baffled at why this white Army guy in a 1988 gold Chevy Beretta needed to drive toward the fires. I drove really fast.

At the time, the then-geniuses running the Guard centralized all the Guard’s ammo about four hours away. But the Guardsmen – many of them from the affected neighborhoods – took the kind of initiative that makes American soldiers the best in the world. They brought their own stuff. I never saw so many guns in my life, and the gangsters and rioters wisely, with some exceptions that worked out poorly for the bad guys, gave our troops a wide berth.

But we eventually got Army ammo, and though I did nothing personally heroic or edgy, I carried a M16A1. That’s a real assault rifle, with full auto capability. My selector switch lock, designed to keep you from selecting “AUTO,” somehow broke off. I totally have no idea how that happened.

Being the new officer in the unit, I got put with the battalion commander as his assistant S3 (operations officer) so he could observe me and decide if I was worthy of getting a company command (I eventually got two). I went everywhere in his hummer because our troops were everywhere. And I was hugged by the residents because we brought safety to their neighborhoods – something they had not had even before the riots. All it took was two divisions, about six combat brigades, of soldiers and a bunch of Marines to pacify just one part of one city.

The Army currently has 58 active and reserve brigade combat teams. Again, do the math. The military will do its best, but the cavalry is almost certainly not coming.

When I got off duty after three weeks, before I even went home, I stopped at the packed Turner's Outdoorsman in Pasadena and bought a weapon.

And you should too, if you are mentally sound, law-abiding, and have the willingness to train and responsibly use one. Because, while the chance you will ever have to fire a weapon is very low, the downside of not having one when you need it is very high. You die.

Liberals who want you disarmed will often point out that you have a higher chance of being killed if you have a gun in your house. This is probably true. After all, criminals have guns in their houses and criminals are more likely to be killed, so that probably skews the numbers. Perhaps the fact that a gun is in your house makes it more likely, to some degree, that you may be killed by it, most likely by yourself, because suicide counts for >60% of gun deaths in America.

But if you don't have access to effective firearms, and what liberals mislabel “assault rifles” are the best tactical choice, you have a 100% chance of not being able to defend yourself. As the suppressed CDC study that was recently revealed demonstrates, gun use for self-defense happens several million times a year. Unarmed, you have no chance to defend yourself, your family, your community, or your Constitution from threats.

Ignore the liberals who want an America where you disarmed and defenseless against the tyranny they dream of imposing. Ignore the hateful teens MSNBCNN spotlight and the Hollywood virtue signalers who harangue you from behind armed guards. Ignore the blue falcon Democrat vets who think their tour in Iraq means they earned some sort of moral authority to dictate to you what guns you do and don’t need. If that’s how it works, I did 27 years, so doesn’t my guidance that you should totally buy an AR-15 count? No? Oh, right – their vetsplaining is just manipulative liberal baloney.

Instead, be guided by science. The science, supported by experience, make clear what you need to do. Buy guns and ammunition. Get an AR-15.

Gee, why do liberals hate science so much?